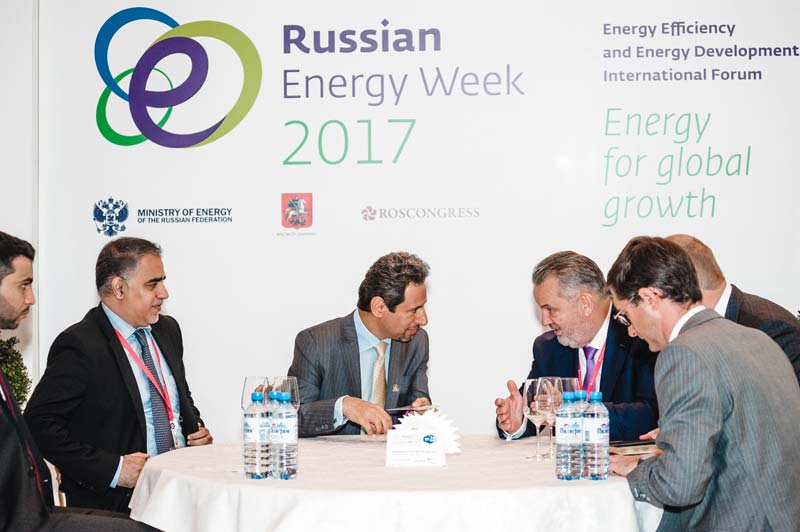 As part of the Russian Energy Week Forum hosted in Moscow, a working meeting was held between a team of TMK’s top managers and the Omani delegation headed by Mr. Salim Al Aufi, the Undersecretary to the Ministry of Oil and Gas of the Sultanate of Oman. TMK was represented by Alexander Shiryaev, the Company’s CEO, Andrey Parkhomchuk, International Business VP, and Vladimir Shcherbatykh, head of the Middle East division.

The parties discussed the prospects of increasing TMK’s tubular product supply to Omani oil and gas companies. During the meeting, it was mentioned that the TMK GIPI facility in Oman plans to supply a record volume of 100,000 tonnes of tubular products to Omani market in 2017 due to its contract with Petroleum Development of Oman signed in October 2016. TMK GIPI intends to pay particular attention to quality, HSE, and increasing level of omanization including management team.

TMK’s positive contribution within its Middle East division to Omani social and educational programs was also acknowledged. In particular, the internship and training programs conducted by the Company for local university students, the arrangement of studies in Russia for employees of TMK GIPI, and gainful employment at TMK’s Middle East division facilities.

“TMK GIPI is a leader in the pipe market of Oman, and so we put a strong emphasis on enhancing our cooperation – not only in business, but in the social sphere as well,” said Alexander Shiryaev.